We hope you've had a great summer so far!

We're doing well, save for the absolutely destructive and dangerous Supreme Court ruling that overturned Roe v. Wade on June 24th. Unreal and yet also totally real. We stand with all who support bodily autonomy and have much more to say on the subject; stay tuned for an announcement about that very soon.

In the meantime, we're thrilled to be heading out to play two festivals in just a couple of weeks! We already told you about Scorched Tundra XII in Chicago on September 2nd. We're playing the second of the three nights with REZN, THOU, and HUNTSMEN. If you don't already have tickets, get them now!

The very next night, September 3rd, we're at PRFBBQLOU2022 in Louisville! It's another incredible line-up and we truly can't wait. We hope to see all kinds of friends and other bands.

In other news: the first two singles from Buick's forthcoming solo album, Conversations with My Other Voice, have been released! "Afraid of Flying" and "The Melody" can be found anywhere you listen to music. The third single is called "Deadbolt" and is out this Friday, August 19th; pre-save it if you're interested! If you'd like to pre-order the album and book of essays she wrote to accompany it, you can do so now! Both are out on September 23rd.

If you missed it: Jerry released a rad EP of instrumental tracks in April called Track Guy Kloarb 1.1: Origin of Doomkloarb. You can stream and/or buy it here! He also released a cover of "Goro and the Emperor" and made a whole video of himself tracking it during the early shutdown of 2020. Check it out!

Hope to see some of you very soon!
Thanks for being here,
Buick & Jerry, FC 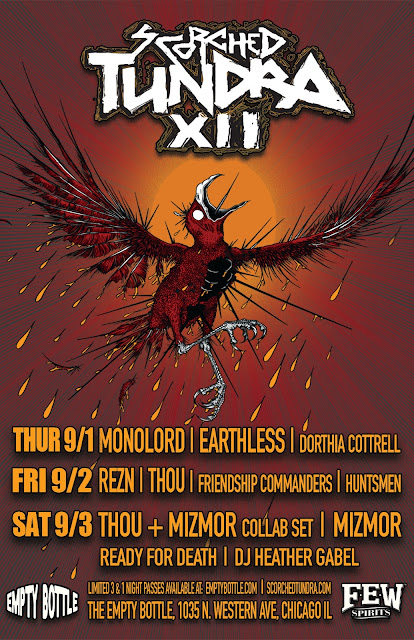 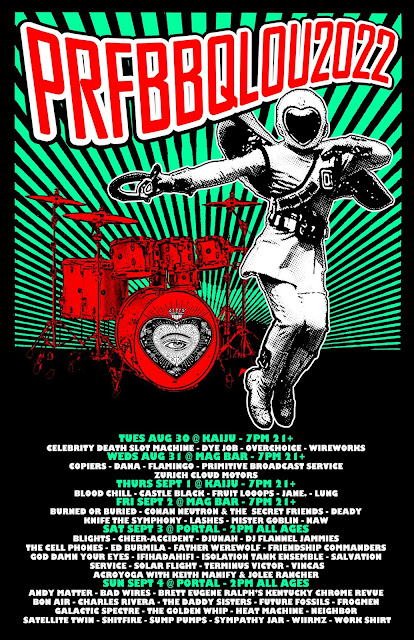 Posted by Friendship Commanders at 7:01 AM