We made a new album!

We hope you're all doing well in this new year! We know it's been a minute since we've checked in. We have a good excuse: we've been making our third LP! When we last spoke, we had just released "ALTAR" and "LAND OF MEN" (thank you all for listening and watching!) and we were leaving for our November tour. So great to see some of you out there! As soon as the tour ended, we went up to Salem and made a new record with Kurt Ballou at his awesome God City studio. Here are a few photos from the sessions, all by Kim Maroon. 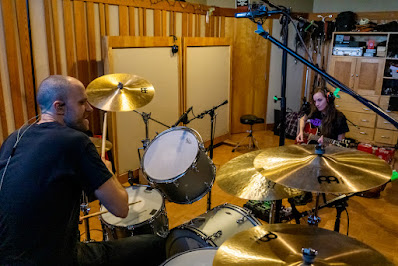 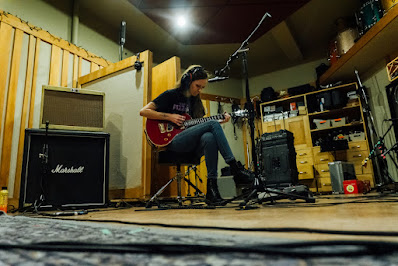 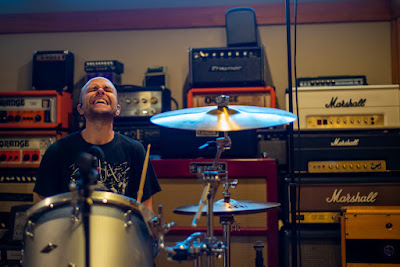 Buick sang the record back here in Nashville over the course of December, and then it was mixed by Kurt; Brad Boatright has since mastered it. We're getting it ready to bring it to you! We're really excited about the territory we covered on this album, both sonically and thematically. If you'd like to read a bit about that, here's a brand new piece that was published yesterday! Thanks to Josh Ewers and Main Street Nashville for the interview and feature! 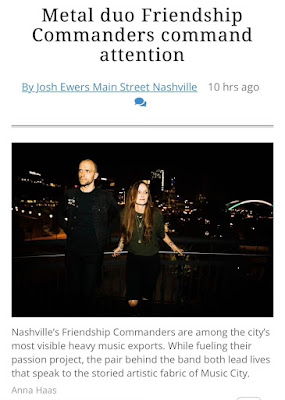 Buick also talked about the album and the two recent singles in this interview on the Heavy Hops podcast!That's it for now! We'll have more announcements for you soon. Thanks so much for being here.

Last, Buick has started a new written series called Massachusetts Memories; works of flash non-fiction. They relate to our new record! Check them out over on her site; the first one is up now and she'll be adding to them as she can.We love and appreciate you! Buick & Jerry, FC

Posted by Friendship Commanders at 8:05 AM