New Music Out Today: STONECHILD / YOUR REIGN IS OVER

We are so happy to be connecting with you today. We have brand new work out, a two-song single: STONECHILD / YOUR REIGN IS OVER. This work was written in response to events of the last year and recorded mostly at home. Kurt Ballou mixed the songs, and Brad Boatright mastered them. Ethan McCarthy did the cover art.

“STONECHILD” was written about the circumstances of Stonechild Chiefstick’s death on July 3, 2019. Stonechild was a Chippewa Cree man who was part of the Suquamish Tribal community in Poulsbo, Washington. Stonechild was 39 years old when he was killed, a father of five. He was killed by a white police officer in front of many community members who were gathered to observe the 3rd of July fireworks display. After he died, they held the fireworks anyway. Systemic racism continues to inform the unfolding story and we want to elevate what we can here. We want you to know his name, his life. Cassy Fowler, who speaks in Lushootseed on the track, does so on behalf of Stonechild’s family. The txʷəlšucid (Lushootseed) lyrics were written by txʷəlšucid Cassy Fowler (Suquamish), Zalmai Zahir ʔəswəli (Puyallup), and Chris Duenas (Puyallup). The song was written to acknowledge a life, question a death, and stand in solidarity with a community that has lost someone. We, alongside the people who knew him, demand justice for Stonechild.

“YOUR REIGN IS OVER” was written in a fit of frustration. During a year that has held a pandemic, a revolution for racial justice, economic uncertainty for so many, devastating environmental emergencies, and what is likely the most important presidential election of many of our lifetimes, the song was written to shout-down people who use immense privilege and platform to cause further harm.

More can be read about the new work at Destroy//Exist, where the songs premiered on Friday, October 9. They call the new work, "a pair of very dynamic post-grunge rockers fueled by the events of 2020, drawing its subjects from real-life tragedy."

The music can be streamed everywhere, and the songs and corresponding custom merch can be purchased from our Bandcamp. The lyrics are also up on Bandcamp.

We appreciate your presence in our lives and your support of our work. May we all move forward with bold intentions to confront and disrupt all forms of bigotry. May we change our culture, one song, one step, and one day at a time.

Our best to you,
Buick and Jerry
Friendship Commanders 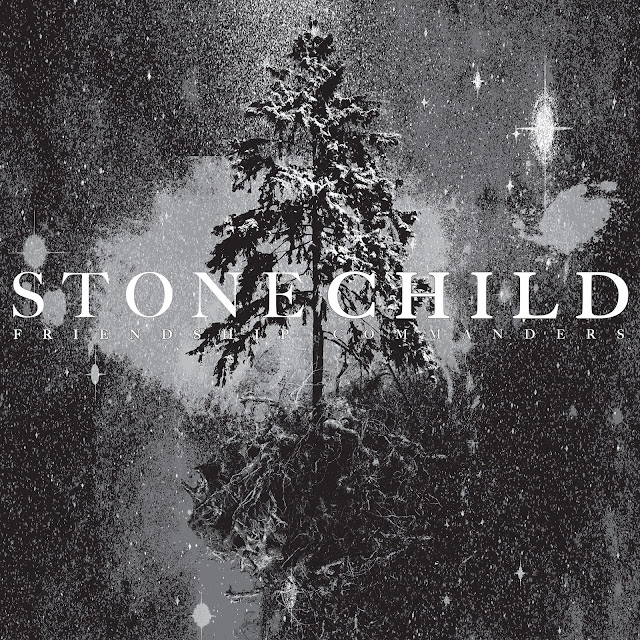 Posted by Friendship Commanders at 6:45 AM