PLAYING AND RECORDING, RECORDING AND PLAYING

Dudes!
How've ya been? We're good over here. Just dropping a line to let everyone know what we've been up to for the past six weeks, and what we're getting into over the next few months.

As the Descendents say, "good good things" are afoot. We went to Los Angeles and OC last month; it ruled. Our show at the Silverlake Lounge was a great time, as were the couple Tennessee shows we played. We broke ground on the album and made some solid headway before we had to put it down to travel. We're back in it now and it should be wrapped in a couple weeks. We're going to do a whole post about the making of the album when we're done, with photos and a description of our process. Stay tuned!

We have a bunch of shows coming up, starting tomorrow here in Nashville. We're proud to be playing a Lights Out Event benefit show for the Notes for Notes program, sponsored by the Boys and Girls Clubs of Nashville. They're doing rad things for teens who are interested in music, audio engineering, and performance. After that, we have dates coming up in Bowling Green KY, Jackson TN, and a couple more in town. Make sure to keep an eye on the tour page for new announcements. And finally, a tour is shaping up for May!

That's all for now. See you around? 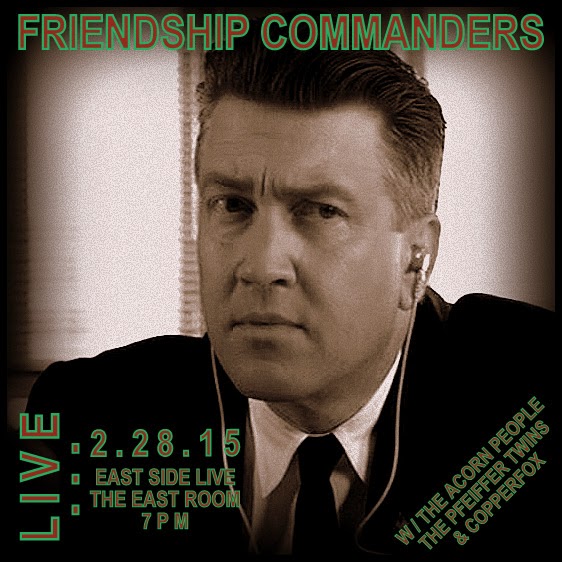 Posted by Friendship Commanders at 10:32 AM